All Betts Are on the Dodgers 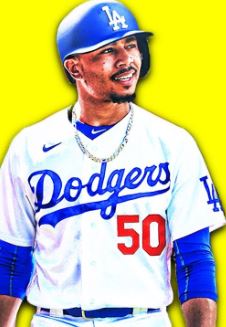 I was shocked initially that the Red Sox didn't acquire either prospect 2B-Gavin Lux or pitcher Dustin May, personally I feel they lost big on this trade, they should have got more. I understand the need to cut payroll, but was this the best deal they could have got for a stud like Mookie?

Before this deal, I was already leaning towards the Los Angeles Dodgers to win it all. Now with Betts?! There is no excuse for this team, this powerhouse, not to walk away holding the World Series trophy. I was leaning towards a Dodgers-Yankees World Series before Betts, now I'm calling it -- Just as confident as I was that the 2016 Chicago Cubs (prior to the season) would go on to win it all, I feel the exact same way about the Dodgers right now.

I'm not always right, and to be honest my preseason World Series picks don't even come half-way true most of the time, but I'm feeling it. 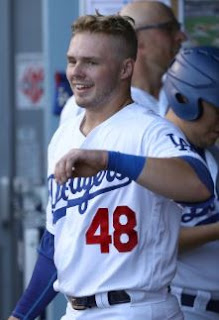 There is just too much talent for them to come up short. I know there is 162 games to play during a season, and I know that 10 teams go into the postseason with a shot, but way too much talent... Sure Atlanta, Houston, Washington & the Cubs should be in the mix, but Walker Buehler is only going to get better folks!

Plus I believe baseball is dying to see a Dodgers-Yankees World Series, it's been 39 years... Wouldn't it be great to see those two iconic franchises go at it?!
Posted by Shawn Nova at 8:27 AM