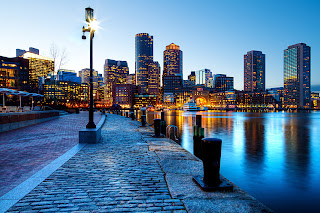 I want to lead off by expressing my sympathy to Bostonians, my heart and thoughts go out to the families and  the city that were affected by this cowardly event that transpired yesterday, my wish is that everyone in this country will wake up & realize how important and precious life is -- and that we keep moving forward to making this a safer country by learning from these events.

So not to keep the post going with a sad note, I wanted to kind of continue my Boston trend towards a positive note at least. I decided to switch my profile pic & cover photo to that of Boston, a nod, a shout-out to Boston, that we are all with them during these troubling times. It also got me thinking about the time that I owned a Boston Red Sox cap.

For those that don't know me, I have been born and raised in Michigan -- and I love my Tigers, and I also happen to be an Atlanta Braves fan as well. I have, of course, owned ball-caps of these two franchises, but I have owned caps from other franchises as well.

First off with the Boston cap, I owned it maybe just prior to 2004's title season until about 2006 when I met the wife, I wore it because to me, it represented the "working man", a man getting by, making ends meet -- I thought of all the New Englanders, that year after year bled for the Boston Red Sox, despite year after year of dramatic disappointment by the team, I felt the working man's pulse; and that is why I wore a Boston cap. The wife loved how it looked on my head, and that also my last name also started with the letter "B" -- I got the hat with another hat for a 2 for $25 dollor deal, so I also got myself a Washington Nationals hat at the time. My wife would learn plenty of baseball from me in time, not having an ounce of baseball in her blood before me; she would learn about Fenway & the Red Sox, the curse, and she loves how Fenway looks, and she has always loved the idea of visiting Boston long before meeting me -- so she eventually got herself a Boston Red Sox hat as well.

I have probably 5 different Tiger hats at the moment, but below is a list of the ball-caps in my entire life I have owned, some are a bit surprising looking back:

I also like to note that my brother & I owned those hard plastic helmets of the old 80's Blue Jays and red Cardinals caps.
Posted by Shawn Nova at 3:53 PM